One of the highlights from my recent Korean templestay was definitely the monastic meal experience. I wasn’t sure what to expect when I saw it listed on the itinerary, well, actually I envisioned a beyond simple bowl of the smallest portion rice, which would leave me immensely hungry for the rest of the night, but that wasn’t the reality.

The meal was actually quite filling and was made up of typical Korean fare. There was the ubiquitous kimchi and rice, as well as a soup and some bancheon (side dishes.) It was of course vegetarian. The contents of the meal are not what stuck with me the most though, it was the strict ritual of how to properly serve, accept, eat, and clean up after the meal that I found memorable.

The head monk that guided us through our templestay, sat at the head of the rest of us and taught us how to perform the ritual. We all sat on cushions on the floor with a bundle of dishes wrapped up tightly in a fabric bundle. We were instructed very carefully on how to unwrap the fabric, remove the four bowls of varying sizes, and how to display them in front of us. Each bowl served a purpose. One for water to be used to do the washing after the meal, one for the soup, one for the rice, and one for the side dishes.

As volunteers began to offer the rice to each participant we were strictly instructed to take only what we could consume entirely. Other volunteers served the soup and side dishes, beginning always with the head monk. There was to be absolutely no talking during the process which made it meditative and mindful. Only non-verbal communication was allowed.

The head monk said again and again not to waste any food. Every last grain of rice was to be eaten, and she was going to check at the end of the meal. When we were done eating we used the water in the water bowl to rinse all of the bowls out. During the middle of the meal she instructed us to save one of our half moons of yellow, pickled radish. The reason was that it was to serve as our scrubber for the dishes. We used our chopsticks to control the radish as we swiped it around every surface space, moving from bowl to bowl in the directed order, and then we ate the radish. The washing water we were to drink, ending up with absolutely no left over food or even any residue of our meal.

I loved it. No waste! Even the scrubber and wash water was consumed by us. Our translator expressed that although it might seem “dirty” to drink the wash water, it really wasn’t, because it only contained tiny bits of the food we had just been eating (no soap was used.)

After we drank the water our water bowl was filled with some scorched rice water which was to act as the final rinse. We poured the water from bowl to bowl and when we were finished we dumped the scorched rice water into a community collection pot. I volunteered do the collecting. If all had done their eating and washing correctly, then the community water at the end should have been crystal clear, lacking a single particle of food. As I collected I witnessed our failed attempted; as expected – we did not clear our bowls as efficiently as monks. Fortunately though, the head monk did not make us drink the community scorched rice water as a group, which is what real monks are made to do if they waste any food. Not a very delicious punishment, but an effective threat.

Eating just one meal as mindfully and thoroughly as a Korean monk has had a lasting impact on the way that I consume my daily meals. My daytime job is an English ESL teacher at a private kindergarten which feeds me lunch every day. Just as the children are taught, and as was reinforced at the templestay, I try every day to take only what I can eat completely, ending with no waste. I haven’t gone so far as to transfer the radish method into my school lunches, but I remember it as a lesson in sustainability and not wasting.

Unfortunately I did not take a single photo during the monastic meal as I didn’t want to interrupt the atmosphere and learning experience. Below is a gallery of photos from Hongbeopsa Temple where I did my stay.

Part of the garden.

The view of the landscape at sunset. 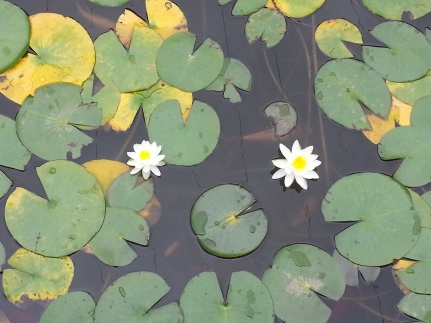