Flying yoga (also known as anti-gravity yoga/aerial yoga) is a trendy style of yoga that until recently I had never attempted. Luckily though, while on vacation in the Philippines, I learned of a class happening at the Yoga Barn Panglao and excitedly signed up.

Fellow karabemisyoga blogger, Amy Steele, came along for the class and it ended up being just the two of us in the morning Flying Yoga class that as of then was not yet added to their regular class schedule. Our teacher that morning was Alex Kuznetsov from Russia. Alex was patient and attentive as a teacher and demoed the entire class so that we could follow along. He then adjusted if needed.

Teacher Alex stopping my falling angel from falling so much!

Here are my observations of my first flying yoga class: 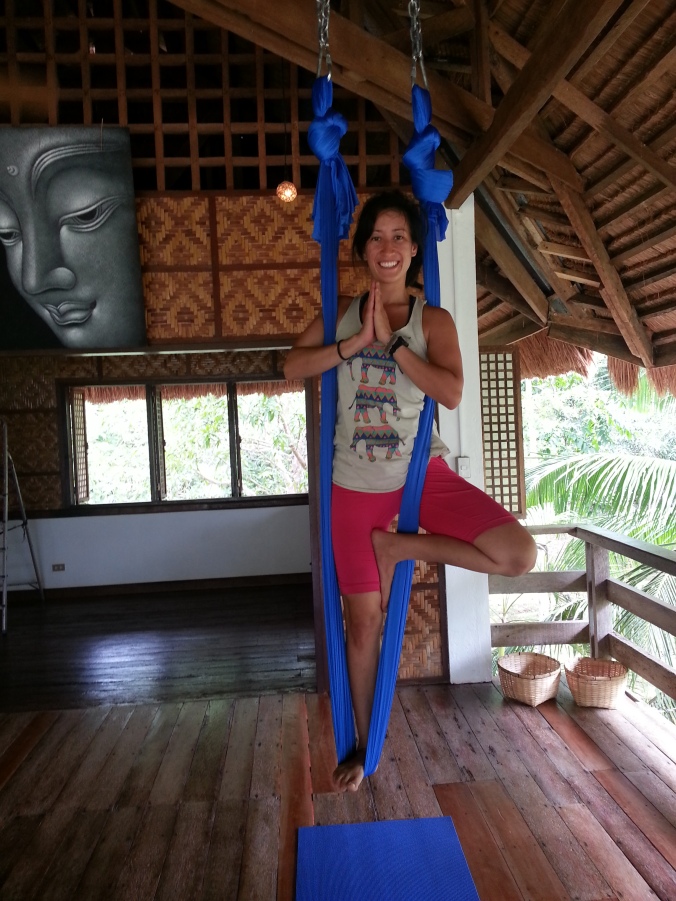 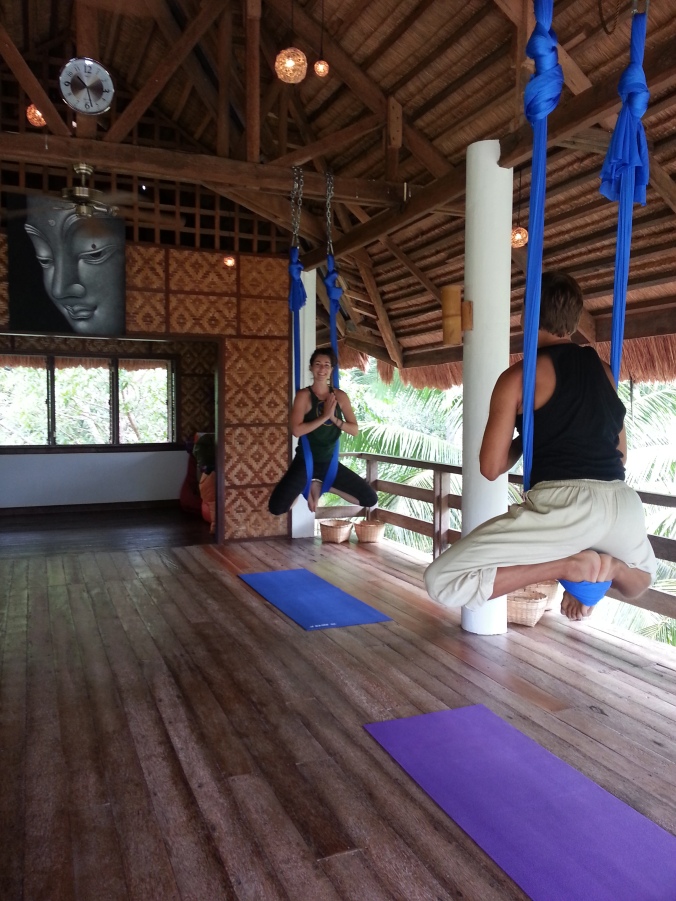 Flying yoga is a fun supplement to a regular yoga practice. There are many benefits to this style of yoga and at the very least it will reinvigorate standard poses that may have lost their luster from years of practice.

Go to Yoga Barn Panglao’s website or their Facebook page to keep your eyes out for future Flying Yoga classes with Alex Kuznetsov.