I hosted a clothing swap this past weekend in Jamestown, NY. It was the third swap that I have hosted in the area and I was determined to speak at this one about the ethics behind the event. At the previous swaps that I hosted in Korea I spoke to attendees about my reasoning behind hosting, how I disagree with the modern, fast-fashion industry, and the primary problems with the industry in terms of labor and damage to the environment. However, back on U.S. soil in the small city near the small town where I reside and teach yoga, I could not give a similar speech.

Let me explain that technically I could have and the people attending would most certainly have been polite and receptive, but at each of the three swaps in the U.S. the time for speaking came and went. I felt that there weren’t enough people and if I spoke to a handful of swappers, then it would have felt too much like preaching. At this last one I even advertised that I was going to speak on the ethics, but as the clock ticked closer to my time to speak everyone seemed to funnel out of the door. Do I think that this was intentional? Maybe on a few accounts, or maybe they had elsewhere to be and had already done their swapping for the afternoon. There wasn’t a massive collection to browse, so this is a very feasible option. Whatever the reason, my audience left the room.

I was bummed, but upon reflection I realize that “preaching” to happy people swapping their clothes for others’ may not be the best way to go about it. Posting on my website might be a better way to share my views on fast fashion and why I avoid it. For if I were to have spoken to people who happily (and blindly) shop fast fashion then it may have been perceived more as an attack, like a vegan lecturing a gang of omnivores on the detriments of factory farming at a party, at a Korean BBQ restaurant.

There is also the sad truth that environmentalists can come off as being major Debbie Downers (I have been extremely guilty of this in the past) when they share how the world is slowly ending at the hands of consumers, also known as people. That last statement, was of course a cynical joke – mostly, but on a serious note, people having a good time may not want to hear about pollution and labor rights. But if you have made it this far into the post, then you may be curious enough reading about exactly those two things and more depressing facts of fast fashion, if so, then carry on reading.

Why I Host Swaps… My Unspoken Speech at My Most Recent Swap (altered slightly for word and general public, main ideas the same)

Today? A measeley  TWO PERCENT or in numerical langauge – 2%. Two percent?!?! We went from almost 100% in my mother’s generation to almost 0% in mine. For the United States that is an entire industry nearly completely lost. Jobs lost. Skills lost. The reason being? Globalization.

The textile and sewing industries were shipped to developing nations where labor could be paid far less than an American worker. Where labor rights were skim, so workers could be forced to work 10 to 12 hr. days, for very little pay, and in unsafe conditions. My fashion revelation and shift in consumerism occurred as a result of learning about the tragedy at Rana Plaza in 2013. Rana Plaza was an eight story building that housed seamstresses in a shoddy building. In a day in April, 2013 the building collapsed killing 1,134 people.  Read more details here about Rana Plaza.

My other gripe with fast fashion is how utterly unsustainable it is. We do not need even a fraction of the amount of clothing that we buy these days and we certainly do not need close to the amount of clothes that companies and the media try to convince us that we need. Fashion trends come and go, and come and go, and come and go again and again and are so in our faces that we feel lesser-than if we don’t keep up. Luckily for us we can generally afford to keep up with the trends because clothes are becoming cheaper with the outsourcing of the work and lower grade fabrics. Clothes have become so cheap, that they are disposable.

We buy without limit. Sometimes we buy without even liking what we buy and definitely without knowing anything about the item. Without knowing that a lot of water, air, and soil pollution was created by production. By material being shipped around the world to be dyed, cut, sewn, and shipped to a shop near us. That those dyes are harmful to the communities that live near the factories that produce them. That most of the items at fast fashion shops are made of synthetics, many of which (polyester & acrylic I’m glaring at you) are plastic based – i.e. come from oil production. 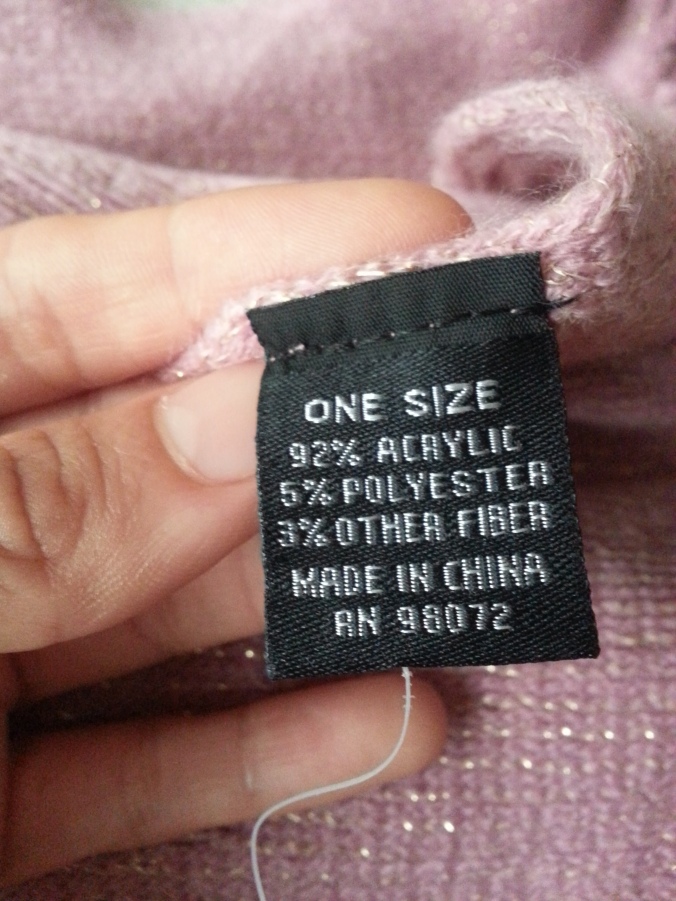 [Sidenote – It is this sort of information that makes me feel slightly sheepish for sharing. Nobody wants to be the bearer of bad news, but isn’t it better to be aware of how our choices affect others half way across the world? Anyway, it’s about to get a little more positive.]

This is where the clothing industry has evolved to. It is totally different from the past when people used to make their own clothes or buy from a skilled, local tailor in their community. But we don’t have to shop fast fashion all the time. We have options that are more ethical that we can use to supplement our closets with.

A clothing swap is one, or second hand. Buying fair trade or organic is another way. Or simply getting by with what you have and ignoring the billboards of what’s new and desireable. Ask yourself when you shop: “Do I really need this? Do I have something in my closet already that fulfills this need? Is there a more sustainable way that I can obtain a similar item? Can I just borrow from a friend?” And hopefully by having that dialogue in your head you will realize that you can happily go without another polyester tank top in your closet.

That is roughly what I would have said if I had had an audience to say it to. Changing habits is hard, especially when the habit you are changing is one that brings you a lot of joy. Retail therapy, anyone? But you can still feel the buzzy high of finding a good find a thrift store, or a really well made top of environmentally friendly fabrics and made by fair trade labor. The shift may take some time, but it’s still fun and much more rewarding. 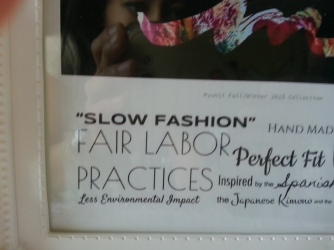 Looks like my weekends are set for the next while. #kiddingnotkidding #radiohead Started with #bonaroo 2006. I really hope they'll tour the US again 🙏